When the war broke out, they were in the areas of Valencia where the persecution was particularly strong and, as other sisters did, they left the convents, already occupied by the soldiers and sought refuge in their own families or in others, but they could not escape the fury of the militiamen who were ordered to “end religion”. The Sisters Rosario and Serafina were shot together on August 23, 1936 and Sr. Francisca Javier, a Valencian who had taken refuge in her parents’ home, was shot together with her brother priest on September 28th of the same year. These three sisters were beatified on March 11, 2001, along with other martyrs of the same persecution. They also executed Sr. Aurelia de Valencia, but having no witness of her martyrdom, her cause for beatification could not be introduced.

Even in the secrecy that always surrounds these events, we have received some testimonies about the martyrdom of our sisters. They said that Sr. Rosario, before her execution, removed the ring of her perpetual vows as consecrated and gave it to her executioner saying: “Here, I give it to you as a sign that I forgive you” and the young man who received it was so impressed that he returned the ring to another imprisoned nun. A witness, who knew Sr. Serafina affirms that, in the difficult moments of her life, she tended to be anxious but others affirmed that, in the moments that preceded her execution, she remained firm and serene and, together with Sr. Rosario died shouting “Long live Christ the King!” Sr. Francisca Javier, one day, expressed to her mother her fear of death and her mother encouraged her by saying: “Don’t be afraid! The Lord will help you if the occasion comes. My daughter, do not deny Jesus Christ who wants you to be a martyr! ”. These words helped her prepare to face death and, before falling under the gunshot, she shouted: “May God forgive you as I forgive you.” 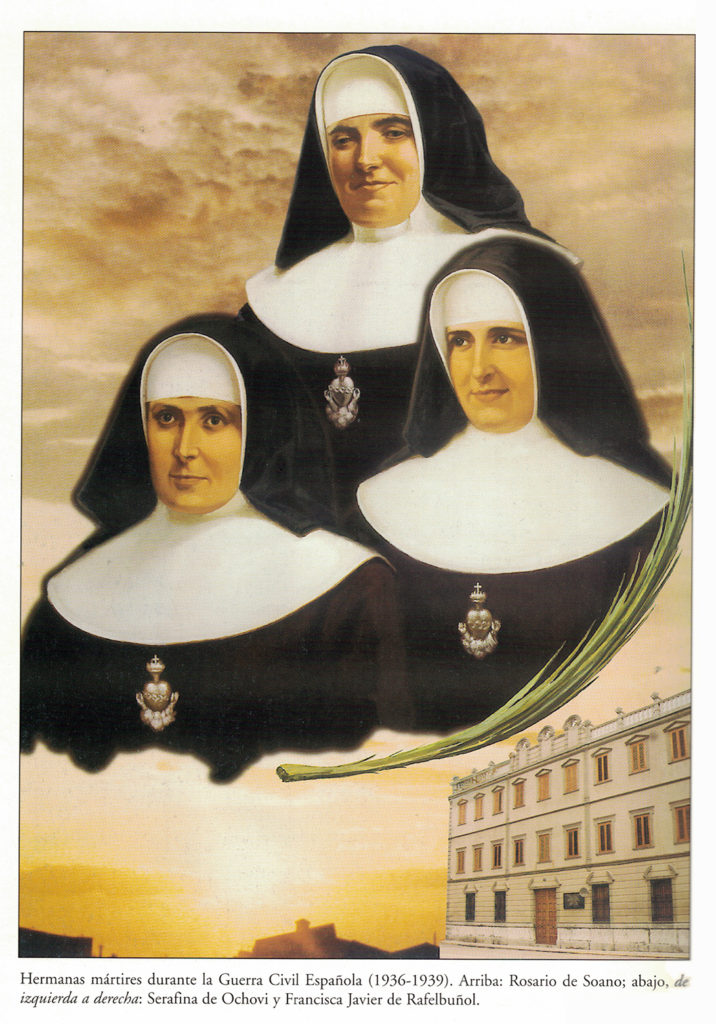